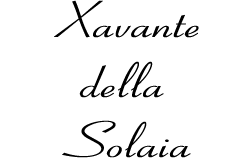 Located in Central Italy, Tuscany is one of the most popular and loved regions from tourists from all over the world, rich of famous historical centers and small and fascinating medieval villages (such as San Gimignano, Volterra and Montepulciano), with a territory rich in natural beautiful parks including that of Val d’Orcia, the Park of the Tuscan archipelago (with the islands of Capraia, Giannutri, Gorgona and Montecristo, part of the island of Elba and Giglio and the island of Pianosa), the Maremma Park and the many others that, along with the protected areas, helps to preserve intact the charm of this region.

Florence (Florence to have been the birthplace of the Renaissance. The city is noted for its culture, Renaissance art and architecture and monuments.The city also contains numerous museums and art galleries, such as the Uffizi Gallery and the Palazzo Pitti).

Siena (Siena retains a culture from medieval times. Piazza del Campo its unique shell-shaped piazza is the centre of the city, and twice a year functions as the racetrack for the Palio. It is beautiful and striking in itself and also lined by some of the most famous and beautiful Gothic buildings in town).

Arezzo (The Piazza Grande is the most noteworthy medieval square in the city, opening behind the 13th century Romanesque apse of Santa Maria della Pieve. Once the main marketplace of the city, it is currently the site of the Giostra del Saracino).

Pisa (The city is home to the University of Pisa, which has a history going back to the 12th century and also has the Scuola Normale Superiore di Pisa, founded by Napoleon in 1810).

The nearest airport is the Florence airport (110 km, about one hour and twenty minutes by car). The Perugia airport is about 144 km away, about a one hour and forty minute drive.

Welcome to the site of Villa Xavante della Solaia!